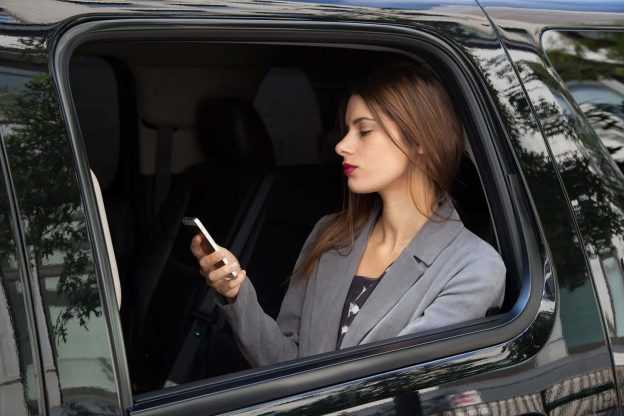 The inventor of the wheel is perhaps the most underrated and unrecognized inventor of all time! Little put a person have a good match and that this simple invention would go on to transform the perception of a lot of things including but not limited to computing, manufacturing, and transportation.

The birth of ride-hailing can be traced back to more than a decade ago when Uber created the concept of calling cabs using an app. The app brought together the marvels of that time – GPS and map-based navigation assistance. The success of Uber has spawned the birth and growth of a lot of taxi-apps like Uber.

Today, there are a lot of ride-hailing applications is spread across the globe serving different countries and different economic segments. In all of this, it cannot be denied that ride-hailing, as a business presents a humongous potential for profit. The projections by Statista present a convincing and lucrative picture.

The past and the projections

The revenue from the ridesharing segment amounted to more than $76.3 billion in 2019. As if this wasn’t promising enough, the market is predicted to grow at an annual growth rate of 10.9%, resulting in a market volume of more than a 10th of $1 trillion by 2023.

The perception of transportation is changing by the day. People do not any longer want to just move from one point to another but want to do so in comfort and without compromising on the degree of convenience. This has resulted in penetration of 10% and it is expected to reach 13.1% by 2023.

It would surely be a thing of a surprise if the list of ride-hailing service providers did not start with this Numero Uno player. This small start-up that was from that in San Francisco in 2009 has now spread to more than 780 Metropolitan cities across the globe. Without question, it occupied the first position in both the major mobile ecosystems when it comes to downloads in transportation. Interestingly Brazil accounted for 19.6% of its downloads in the United States accounted for about 17.1%.

It is funded by a formidable portfolio of investors that includes big names like Google and Softbank. Although the last recorded investment as present on CrunchBase is about $500 million, there are talks that Uber might sound secure an investment in the order of $1 billion or more in capital injection.

Uber is a typical example of how the early bird gets the worm. Standing tall at 69% share in the US market .it is not surprising that Uber has been a leader not only in terms of innovation but also in terms of revenue and market share. Uber is some unique strategies to disrupt the taxi industry.

Grab might not be a global leader like Uber but it stands as a typical example of how a brand can focus on a specific market and stand successful in that particular market. Grab is a Singapore-based ride-hailing and ridesharing company with its presence in geographies like Malaysia, Singapore, and Indonesia. It stood as a tough competitor Uber it came to acquiring the Southeast Asian cab operations. However, it still has its share of competition from new players like Quulo in Malaysia.

What seems like a simple greeting is one of the toughest competitors to Uber in a huge market like India. Ola knew how to approach a populous and diverse market like India, and equally was well-versed in challenging a global giant like Uber! Ola was valued at about $4 billion in 2018, and it has a humongous network of more than 1 million vehicles across 169 cities.

Recently, Ola has started to expand its operations beyond the confines of India. It has started to open its services in countries like Australia, New Zealand, and the United Kingdom. Interestingly it stood the third list of top ridesharing apps in 2018.

DiDi-Chuxing is a Chinese ride-sharing company based out of its capital Beijing. It provides quite a lot of services like taxi hailing, private car-hailing, and social ridesharing services. It is just about three years younger than Uber, and it became the second most valuable start-up across the world in 2017. Recently the company closed $4 billion financings round and it is valued at more than $56 billion.

Most people know Yandex as the Russian Google period today, Yandex has expanded its operations into multiple domains, at one of them is the ride-sharing industry. It was founded in 2011, and it merged with Uber in quite a lot of the erstwhile Soviet Union like Russia, Armenia, Belarus, Georgia, Azerbaijan, and Kazakhstan. It operated in our 15 countries across the world and well ahead of the general projection for the ride-hailing industry, the number of rides grew by 178%, at the revenue by 355% as of 2018, making it one of the most profitable ridesharing ventures.

Dida can be considered the next of kin to DiDi-Chuxing. It was established in 2014, and it specializes in the carpooling services period it is constantly dominated the Chinese App Store market and it currently ranks at number one in the travel category. It has more than 80 million users and it operates across 29 cities in China. With the growing acceptance of ridesharing and carpooling, Dida is slowly getting proportional popularity

Go-jek can be credited with the Laurel of introducing super applications to the world. It is the first unicorn from Indonesia, and it has won multiple accolades including being the only Southeast Asian company to be listed in the coveted list of 50 companies that change the world curated by Fortune magazine in 2017. It found a parallel mention along with global giants like Apple, Unilever, and Microsoft.

About a couple of years ago, it was valued at $5 billion, and it has spread its operations across multiple countries like Indonesia Singapore, Thailand, Malaysia, and the Philippines.

99, formerly known as 99Taxis operates majorly in Brazil. It was launched in 2012, and it is looking to expand into the other geographies as well. In an effort to exert global dominance, DiDi-Chuxing purchased 99 in 2018 for a Romance $600 million making 99 the first Brazilian unicorn.

Unlike all the other brands mentioned here, BlaBlaCar is one of a kind. T does not focus on the classical definition of ride-hailing. Instead, it focuses on carpooling and it is a typical example of how a brand can be successful not only by focusing on specific geography but also be focusing on a specific segment of transportation on-demand across multiple geographies. It has its presence in over 22 countries and boasts of a massive user base of over 60 million members. It recently secured about $448.5 million in six rounds of funding.

With so many big players coexisting it is quite evident that there is a market quite wide and open for Uber-like applications. However, it might be a hassle to create a complete app from scratch. Using white labels Uber clone could be a viable solution in terms of saving both cost and time.

By the way, if you are looking for coupons for Uber, be sure to check out CouponKirin for the latest coupon codes and vouchers!