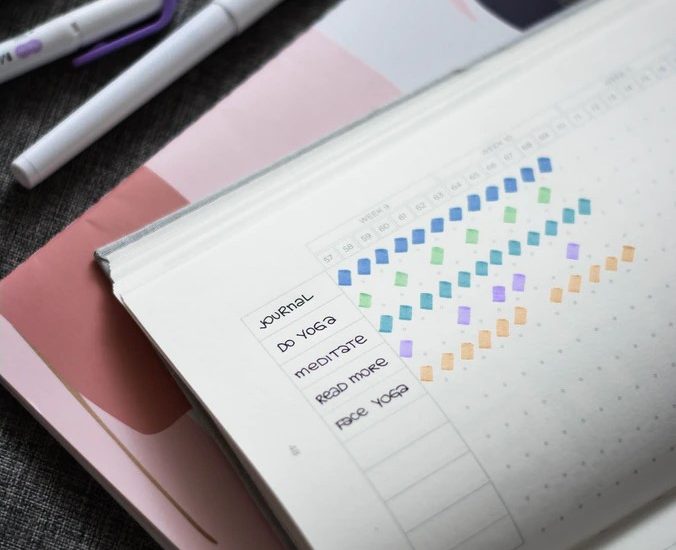 Taking small steps to build new habits is a familiar activity that all of us are used to; if you don’t realize it, you might just not be optimizing your habits for growth yet. Have you ever wondered how others seem to build new habits effortlessly, despite the research that says it should take weeks (or longer)? There’s a science behind mastering new habits, and it doesn’t take much more effort than making sure you brush your teeth every day.

Each time you brush your teeth, an alarm bell goes off in your brain that signals you to perform a task on autopilot. You’ve been brushing your teeth for years and can do so in your sleep, but your brain still is acknowledging that you’re performing a habit. With your brain already in habit-maintaining mode, it turns out that this time is perfect for picking up new habits. It’s not multitasking, but something even easier: habit stacking.

Stacking your habits is a way to attach new habits to older ones, using those established habits to encourage new ones to flourish. The method was created by personal development mastermind James Clear when he was working on improving himself in small amounts everyday.

The key to forming habits is maintaining consistency, and science usual estimates the time for a new habit to stick with consistent practice is between three and five weeks. That’s quite a bit of time to work toward a goal without knowing if you could be doing it more efficiently! Read on to learn the most effective way to stack your habits and build new ones easily.

What’s the Deal With Habit Stacking?

When James Clear developed the habit stacking method, he was on a quest to make sure his life was improving by at least one percent each day. Tiny steps, rather than large leaps, are the best way to reach a goal, and Clear figured the same theory could be applied toward the goal of building a new habit. Habit stacking, then, breaks down the nitty-gritty about building a new habit.

Forming a new habit with habit stacking entails choosing a habit you already perform successfully everyday. Successfully is the keyword, here: In order to stack a new habit on top of an existing one, you’ll need your base to be a stable habit that takes no new brain power to execute. It’s why brushing your teeth makes such a good example, but other good examples are having your morning coffee, reading the news or taking a walk.

Stacking really just means following up sequentially; you perform one habit (brushing your teeth) and you “stack” it with your desired new habit (let’s say learning a new word in another language). Each time you brush your teeth, verbally remind yourself that it’s about to be time to study vocabulary. Eventually, the two habits will become linked and you’ll naturally perform one after the other.

Your new habit should be straightforward enough for you to write down in one sentence. Mastering a new habit means making a simple plan with tiny, actionable steps. Too many complications and your mind won’t be able to set up a habit in the short term.

Take these five simple steps and commit them to memory so you’re ready to go the next time you need to teach yourself a new habit:

The first step in making a plan is taking account of your current inventory: what habits do you already successfully perform? Listing these habits will help you to get to know yourself better and will help you map out your daily routine so you can decide the best place to fit in new elements to it.

List if you workout, if you eat a meal at a consistent time in the morning (or the evening!), what time you feed or walk your dog, even when you have your second cup of coffee. You may surprise yourself with just how many habits you have in your routine without thinking about it that much.

Once you have a list of habits that you already perform, it’s time to start thinking about building a new one. Where will it fit in best? And which habit will it stack easiest with?

Stacking habits is about making the right choices in pairing an old habit with a new one, so that your new habit doesn’t require too much additional effort. For example, pairing your morning coffee with your new goal of making a daily habit to run a mile may not be the best plan for a healthy morning, and may set you up for failure instead.

Two easy habits to add to almost any pre-existing habit are keeping track of a budget or reading a newsletter. It’s easy enough to pull up each option on a phone, and you can stack the habit while you brush your teeth, sip your morning coffee, or even listen to a financial podcast while you run in lieu of a newsletter. Get creative with your methods!

All this planning leads to the action item: stick to the plan and cement your new habit in place. Again, consistency is the most important factor here; you won’t achieve results if you don’t attempt to perform your new habit each and every time you perform your established habit.

Time and practice make habit stacking easier and easier as you get the hang of it. Learning your existing habits is one of the most difficult parts—deciding which habits you already perform daily and which ones you try to perform daily but aren’t yet can be an eye-opening experience. Accept that we are all growing and that everyone takes time to learn new habits.

The best part about habit stacking is that it speeds up the process for building entire daily routines, not just habits. Once you master a new habit through stacking, you’re ready to add another one on. Each time you do, you’ll become better at matching established habits with desired ones to create your own efficient system.

Habits can be thought of as links in a chain; if one is weak, the chain breaks. It’s still strong in its shorter pieces, but it doesn’t have the same purpose or usefulness without its continuity. Your habits, once stacked, can break. It’s important to keep committing to them so they build up permanence in your mind. Each linked habit is a step toward a new and improved routine that you customized yourself.

Step 5: Take a Breath and Relax

Lastly, take care of yourself. Remember that you’re building a new habit to better yourself and make your daily routine more effective, that you’re not doing it to punish yourself. If you make a mistake, note it, and move on! We all stumble, especially when building new daily habits. It’s a hackable skill, but it’s not automatically intuitive. It takes focus and effort.

Like anything that’s worth mastering, habit stacking becomes easier as you do it more often. It’s simple enough to teach to young children as they learn to form habits in the first place, and it’s a great exercise to keep your brain sharp while you invent new ways for it to learn.

In stacking your habits, you’ll get to know yourself better while paving a path forward for success. Habit stacking is useful at home, at school and at work, and can be adapted to fit the mold for almost any habit you try to build.

Mike Floeck is a writer for Mint specializing in career planning, budgeting and personal development.